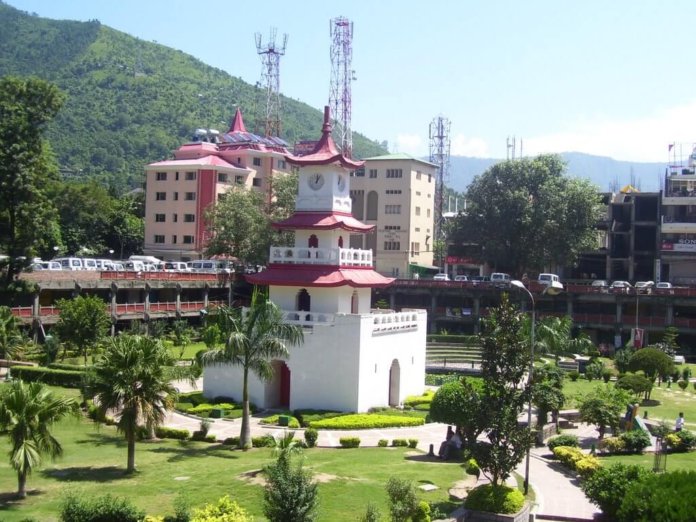 Mandi is a city and district in Himachal Pradesh, Beas river runs through the City. In past Mandi is known as “Mandav Nagar” and is the capital of princely state of Mandi, Himachal Pradesh. There are so many small and big temples here because of which it is also known as “Kashi of Hill” or “Choti Kashi”. Located in the north-west Himalayas (31°42’25″N 76°55’54″E) at an average altitude of 880 m.

Mandi is a major commercial hub for entire district and is well connected with major cities of Himachal Pradesh and other states of India, connected to two national highways namely Mandi-Pathankot and Chandigarh-Manali, also act as a gateway to Kullu, Manali, Lahul & Spiti and Leh. Industrialization in mandi is booming up and various industries and commercial hubs making their presence.

There are many historical monuments and heritage sites in Mandi city. Some of the important places are as follows:-

Fairs and Festivals:
Mandi celebrate all fairs and festivals with charm and enthusiasm, and the most famous fair of Mandi is International Shivratri Fair which held every year in the month of February or March. Other fairs also held here every years like Red Cross fair, summer fair and etc. There are many local festivals which are celebrated only in Mandi district like Sair festival.

There are many colleges and schools both in govt and private sector, IIT Mandi is a national level Technology institute situated in Mandi, for health services there are some private hospital along with govt. zonal hospital. Various govt offices are also situated in Mandi.

The city of Mandi, experiences pleasant summers and cold winters also experience heavy rain in monsoon, is summer temperature can rise up to 40 degree C.

no images were found

Prashar Lake: The lake is situated at an avg. height of 2730m (8,960 ft) in the lap of mountains. The deep blue lake lies in a saucer shaped valley and is surrounded by snow-capped peaks.

Rewalsar Lake: Also known as Tso Pema Lotus Lake, is located @ 22.5 km south-west from Mandi. It is held as a sacred spot for Hindus, Sikhs and Buddhists alike.

Barot : A nice picnic spot situated at a distance of 33 km. from Mandi on the Mandi – Pathankot Highway. It is famous for trout fishing and a ropeway that attracts the tourist.

Karsog: Situated at a distance of 125 km from Mandi and is also accessible from Shimla (100 km) via Tattapani. The place Tattapani is famous for hot water springs on the side of Satluj river. Karsog is famous for its temples, including the Mamleshwar Mahadev, Kamksha Devi and Mahunag temples. It is full of scenic beauty and abundance of apple orchards. The natural surroundings are regarded as beautiful, with green forests and a pollution-free environment.

Shikhari Devi: 15-km from Janjheli is situated the ancient temple of Shikhra Devi and is surrounded by some marvellous landscapes.

Chindi : This little hamlet in an apple growing area is blessed with breathtaking beauty. There are numerous small temples of considerable antiquity not too far away.

Kamrunag : Kamrunag is mostly famous because of local deity temple which is main deity of Mandi district,The temple of Kamrunag situated at the top of mountain ridge of Kamru valley.