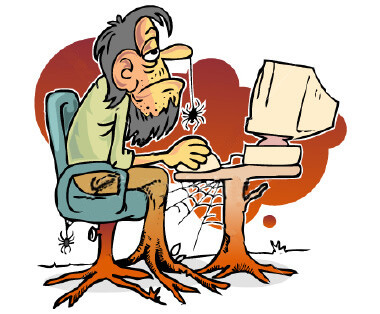 Internet is a major requirement of software industry

In the modern era Internet is a must requirement for all. In fact the IT Industry is established on the same platform and requires uninterrupted internet service. Currently BSNL the major broadband service provider in Himachal Pradesh is providing services to individuals, companies and Govt. offices.
For IT startup or big players in the industry all need uninterrupted internet service to get start at any particular area. Currently BSNL is the only service provider for broadband in Himachal except few areas like Shimla where some private players are trying to make their existence. Broadband speed is much lower as comparative to national average of broadband speed.

Himachal is mostly hill and has far flung areas, its a challenge to provide best and uninterrupted service. There may be many reason for poor broadband service by provider, currently BSNL is the only provider, so major factor is no competition for BSNL.

Here are the summarization of major factors those influences Broadband Speed.

1. No Competition: At present BSNL is the only Broadband service provider in most of Himachal so without competition in the market and a govt organisation, employees are in comfort zone as no performance based packages as compare to private sectors, the other major reason may be lack of skilled employees and most of the serving employees are above 40 years who does not understand technological advancement and update them-self.

2. Less Users: Himachal is a hill state with low population density as compare to other states of India, and in terms of Broadband users it further goes down the numbers. Setting up infrastructural in such a challenging area where users are very small in numbers might be a big reason for poor broadband services, but Govt has to take firm steps to make availability for good quality of service with best speed as that of remaining states of India.

4. Geography: Its being costly affair to setup and maintain infrastructure in such a difficult terrain of Himachal, frequency of natural calamity are also high such as landslide, cloud burst, floods. Due to these kind of factors many private ISP haven;t setup their services in Himachal.

5. Mobile Technologies: As technology advanced and faster internet are available over mobile phones (Smart phones) and services like 4G, 3G are readily available in major cities and towns of Himachal Pradesh which increased the internet users. Numbers of mobile internet users are rapidly increasing day by days so companies only focusing on mobile internet services for mobile users instead of high speed broadband services. Mobile internet like 4G can’t be used for IT enabled businesses because it required high amount of data (unlimited) and uniform speed which either cost very high and speed can not be uniform with 4G, 3G.

In the nutshell as of now software industries looking for IT city(-ies) in Himachal where high speed internet and other facilities should be readily available. Many Young talent from Himachal working in IT industries from past many years who are looking to setup their own startups in home state but due to lack of proper facilities, their dreams looks like a distant dream. There is no doubt if IT hub should be setup here in HP huge amount of employment generated which will surely boost up Himachal’s economy. Govt has to take firm steps to bring this green industry into Himachal.

Schools in HP affiliated to HPBOSE

Understanding the inflation and its impact