The recent disastrous flood in uttarakhand and fresh debate over the issue “either it is natural or human have aggravated the miseries” tacitly brought a whole new spate to the forefront. No doubt it can aptly described as”nature’s fury”, but still the unscrupulous exploitation of the natural resources by humans paved the way for this gruesome tragedy or at least played a pivotal role in triggering it. The devastating floods of Uttarakhand which ravaged the region by killing thousands and leaving hundreds of other stranded is probably the worst the northern state has faced in recent memory and a alarm for other hilly states like Himachal Pradesh. The flood hit Uttarakhand has just not evolved from the havoc of rain but the uncontrolled development and poor disaster planning has aggravated flood damage. Himachal Pradesh with naerly same geographical condition and developmental plan is not far behind from uttarakhand and likely to prone with same or even more worse disastrous natural calamities in coming years, lets compare and analyze the region surrounding river Beas.

Whole scenario has totally been changed in recent decades starting from its point of origin (Beas kund in Rohtang pass) to its entry into Panjab. The unbridled growth of tourism accompanied with proliferation of roads, hotels, shops and multistory housing in ecologically fragile areas and above all mushrooming of hydroelectricity dams that disrupt water balances in the region resulted into average increase in temperature and ultimately causing global warming which further leads to melting of Glacier in the Pir Panjal range and surrounding ranges, for example largest glacier of Himachal Pradesh Bada Sigri is retreating with an alarming rate. Likewise with changing climate change in adaptability of various cash crops has already been noticed.Mushrooming of hydroelectricity dams draining water from main path to distant places has seriously affected ecosystem of the region causing extinction of various funa as well as flora. This Indiscriminate construction of hydroelectric dams is the biggest mistake. These involve drilling huge tunnels in the hills by blasting rocks, placing enormous turbines in the tunnels, destroying soil-binding vegetation to build water channels and other infrastructure, laying transmission lines and carelessly dumping excavated muck.
Many dams have been built on the same river that they leave no scope for its regeneration The haphazardly built roads in the area by blasting through the hills for the construction of tunnels made them more and more fragile. Thus Sloppy, unregulated construction of roads and bridges permitted on crumbling, landslide-prone ridges and steep slopes, overlooking the region’s delicate geology and high earthquake vulnerability has dwindled the very base of this hilly state. As construction debris accumulated, land contours and flows of streams and rivers changed. Large scale deforestation and unplanned construction of hundreds of buildings in the flood plains of rivers, Riverbeds were recklessly mined for sand. Over crowdedness in the mega cities of H.P. like Kullu, Mandi, Dharmshala and Shimla above the caring capacity of the region has resulted either shortage orpollution of various life supporting system.
In nutshell the man-made factors that aggravated disaster in uttarakhand and common to other hill state like H.P can be summarized as
• Unsustainable Development in hill towns and along rivers
• Unplanned Growth of tourism
• Lack of an early warning system
• Lack of awareness forecasting and unpreparedness toward natural calamities
• Unresponsive disaster management
• Large scale deforestation for urbanization and modernization.
• Indiscriminate construction of hydroelectric dam
• Last but not least Factors causes Global Warming

According to environmentalist GD Agrawal “This (disaster) will continue if the central and state governments don’t stop the rush to clear projects,” As per experts indiscriminate development in hill towns and along rivers has blocked the natural flow of water and exacerbated flood damage. To conclude I must say That all is surely easier to speak and blame then to do actually, but the need of hour is to start thinking on these lines, to get ready in advance, to utilize the best of technology and to enable better disaster management techniques on larger scale. We must utilize our existing natural resources in proper way so that we can fulfill our present needs and same time can keep alive the aspiration of coming generations. We must learn lesion from others mistakes do our best and get ready for the worst. We really need to think with respect to following lines on individual as well as state level. 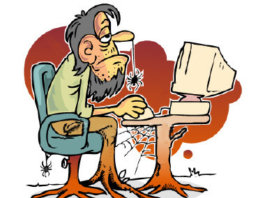 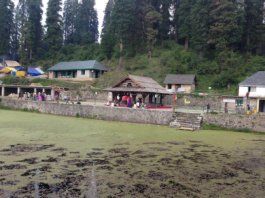