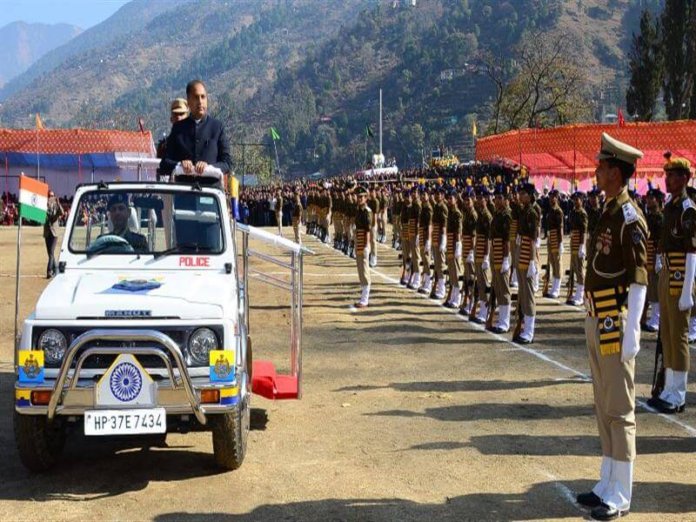 This would give benefit of Rs.700 crore to the employees.

The Chief Minister also announced upgradation of 50 bedded Civil Hospital Anni to 100 bed along with creation of staff. Announced Sarahan-Bathad via Bashleo Pass as a major district road and said that possibility for its immediate construction would be explored. The 40 kilometres stretch, on completion   would connect 26 Gram Panchayats of Nirmand Block to district headquarter Kullu.

He said that a tunnel would be constructed under Jalori Pass for which the detailed project report of Rs.1410 crore would be submitted to Ministry of Road, Transport and Highways, GoI within six months.

He also announced for construction of additional six rooms in HPPWD Rest house at Anni for which necessary budget would be made available. The Chief Minister also announced conversion of temporary Police Chowki at Nither into permanent one.

Announced opening of HRTC sub-depot at Anni, a sum of Rs. 80 lakh for Anni stadium, Rupees three crore for Luhri Bus stand, announced a sum of Rs. 20 lakh for rest house at Paneu under eco Tourism project and Rs. 10 lakh for widening of road to Paneu.

He said that the BJP Government was committed to attain the objectives of all round development coupled with self-sustenance and socio- economic justice.

The Chief Minister said that providing air connectivity to the far flung areas of the hill state was discussed with the Prime Minister during his visit to Delhi after he assumed the office of Chief Minister and he was grateful to Narendra Modi for including Himachal Pradesh under UDAN Scheme. This would certainly add to tourism sector, besides saving journey time by road. “I was too concerned for improving both road and air connectivity and with initiative taken by Centre Government, a small state like Himachal would be catering to the needs of tourists in a better way, he said.

Under the scheme the helicopter services would be provided at cheaper rates to the people from various destinations. The services would be provided from Kasauli to Shimla, Manali to Kullu, Mandi to Dharamshala, Kullu and Shimla, Nathpa Jhakri, to Rampur, Rampur to Nathpa-Jhakri and Shimla and Shimla to Kasauli, Mandi and Rampur. It was due to the request to the Prime Minister for providing air connectivity in Himachal Pradesh, which would promote tourism in a big way.

One has to pay a sum of Rs. 2500 per seat for one hour of flight by an aero plane or a journey covered in 30 minutes by helicopter. As of now 19 states has been brought under the scheme.

The Chief Minister said that roads are an essential infrastructure for rural economy and was life-lines of development, particularly in a hill State like ours.  The State Government has kept roads as its priority and special emphasis would be given on providing rural connectivity. The State Government would initiate Road Maintenance Policy to bring qualitative improvement in roads.  The Government of India has sanctioned in principle 69 National Highways for the State for which I express my gratitude to the Centre Government. This would strengthen the road network in the State, he said.

“My Government is committed for Zero tolerance towards corruption and I exhort the people to join hands for eradicate corruption entirely, besides we won’t tolerate any type of mafia, whether it be Forest Mafia, Drug Mafia or Mining Mafia,” said the Chief Minister.

He said that our Government has decided to implement the ‘Swarnim Himachal Drishti Patra-2017’ of the BJP as the policy document of the State Government. All the Departments have been asked to prepare a 100 day road map of their aims and targets. During this short period of one month, the State Government has taken few significant decisions with a view to improve the quality of life of the people.

It was a matter of great concern that due to extravagant expenditure and ill financial management by the previous Government, the borrowing of the State has gone upto Rs. 46,500 crore. Thus, the first and the foremost task before our Government was  to bring back the derailed economy on track and instill faith and hope among the people of the State, said Shri Jai Ram Thakur. The State Government would soon prepare a bail-out package so that it could be sent to the Centre at the earliest. However financial constraints would not be allowed to come in the way of development. He said that the centre had been urged for debt bail-out package and I sure that the Centre Government will extend its helping hand.

The State Government has taken few significant decisions with a view to improve the quality of life of the people. The Government has decreased the age eligibility criteria of old-age pension from 80 years to 70 years, which would benefit thousands of aged people. He said that employees were the backbone of any government and keeping this in view the government announced  three percent Dearness Allowance  for the State Government employees and pensioners from July, 2017.

“I am grateful to the Union Government for sanctioning Rs. 1351 crore for All India Institute of Medical Sciences at Bilaspur.  This premier institution would prove a milestone in the field of health sector in the State. An extension centre of PGI, Chandigarh is also being established at Una,” he said.

Earlier, the Chief Minister hoisted the National Flag and took salute from the impressive march past by contingents of Police, Home-guards, NCC cadets and school Children.

A colourful cultural presentation was given by the cultural troupes of different districts and school children,  besides tableaux highlighting achievements of various departments of the district, particularly that of Forest,  District Rural Development Agency, Language Art and Culture, Agriculture department, Health, Horticulture, Skill development etc. 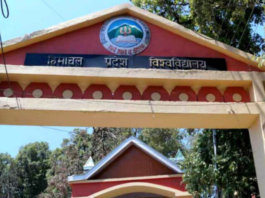 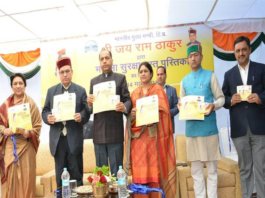 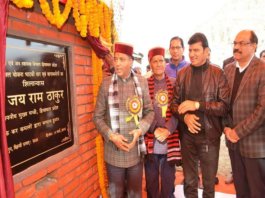