The centuries old Sair festival is celebrated mainly in Shimla, Mandi, Kullu and Solan districts every year in mid-September.

It is celebrated to mark the end of the crop harvest and also the rakhi thread are removed and offered to the mother sairi. The walnut and sweets are also offered to relatives and villagers with best wishes.

At some parts fairs are organized with beating of drums and blowing of trumpets in the belief of the God’s return from heaven.
Like a Spanish or Portuguese or Latin American spectacle, a bullfight held in many areas such as Arki in Solan and Mashobra in Shimla district.

Though the festival and fair has lost its traditional charm and saw the invasion of modernism, still the locals celebrate it with enthusiasm by participating in family meals and offering harvest crop to the god.

Wish you and your family a very prosperous Sair !!! 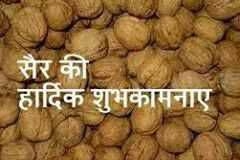 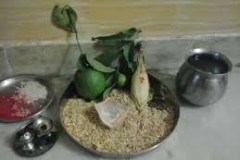 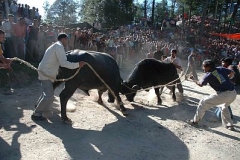 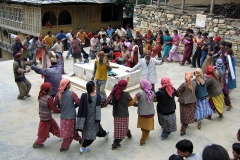