Similar to the other districts of the state, religion plays an important role in every one’s life. People here are have a strong belief in God and religion regultes the actions in almost every sphere of life. In the days of the Rajas also, this feature was quite evident. The theocratic nature of the state received special emphasis when Raja Suraj Sen, who was without a heir dedicated the State to God Madhav Rao, a form of Vishnu. His successors have thus, always held it in trust for the God and act as his representatives on various occasions.

Madhav Rao is the Guardian diety of the State/District and to him all Honour is due on all State occasions. He is the Principal diety of the numberless Gods whom the people of Mandi have chosen to fear, worship and propitate. This nature of the Hindu pantheon is emphasized when during the Shivratri Fair all the local Gods & Goddesses gather in the town & pay Honour to Madhav Rao.

The worship of Shiva and Devi, the goddess, are predominant. Shiva is known in several forma, the commonest of them being the Panchavaktra or the five-faced Shiva, the Triloknath or the htree-faced Shiva, Ardh Nareshwara which is the half body of Shiva and the other half of Parvati, His consort.The Goddess goes by several names viz, Sri Vidya, Bala, Kali, Tara, Bagla and Durga.

Throughout the district there are numerous local Gods known as the Devtaas. A glimpse into belief of the people in these Devtas can be had during the Shivratri Fair. 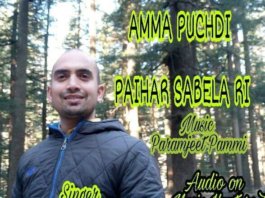