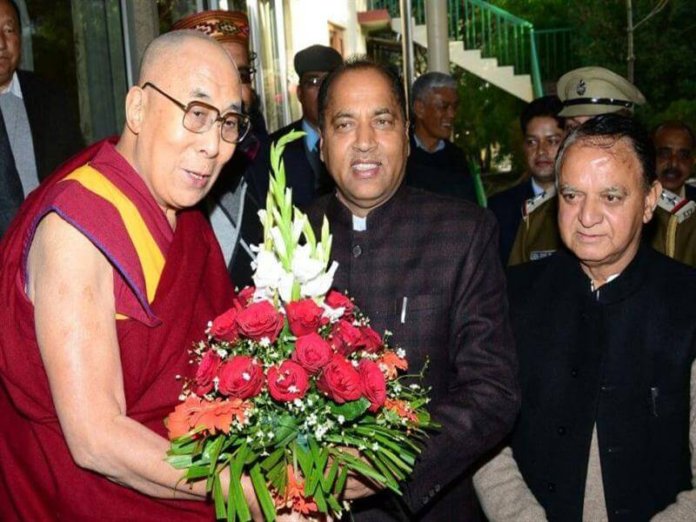 Dharamshala – Chief Minister Jai Ram Thakur called upon the Spiritual head of Tibetian Government in exile His Holiness Dalai Lama at his residence, Thakchek Choeling in Macleodganj at Dharamshala today and sought his blessings.

His Holiness discussed various issues of religion and culture and said that the Chief Minister has double responsibility to carry on with. The first is to run the government and welfare of the people and second responsibility is towards the party.

“The ancient Indian knowledge as how to control mind and emotions is great Indian tradition. India is only country where all religions live together harmoniously. Jain, Buddhist, Hinduism, sikhism, Christianity, muslims..all stay harmoniously, said his Holiness”. Said Dalai Lama.

Transformation of mind is important said his Holiness adding that training of emotions was more important to channelise energy of the mind.